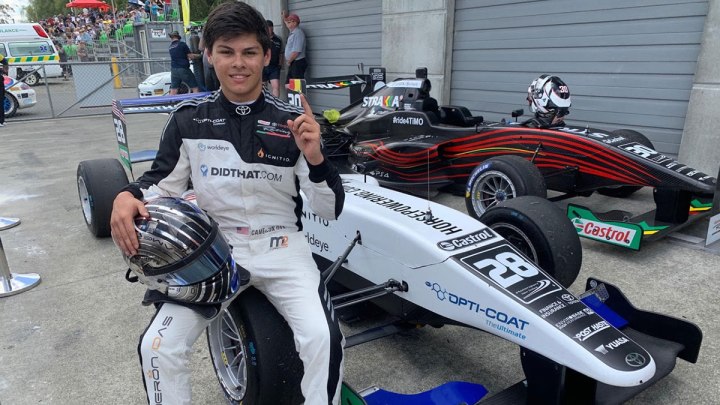 Cameron Das signed a deal with Fortec Motorsport and will participate in the Formula European Masters, formerly known as F3 Europe.

In 2018 the 18-year old American participated in the Euroformula Open and he did very well. Das ended up in fifth in the championship and took four podiums (all third places) in the proces.

Das also drove in the Toyota Racing Series this year where he placed seventh in the championship and won a race in the last round at Manfeild.

Fortec Motorsport, the talented American’s new team, participated in the 2018 F3 Europe Championship. They only had one driver in Petru Florescu and ended in last place in the Team’s Championship.

“We believe the Formula European Masters is the best platform for the next step in my development, offering learning opportunities unequalled by any other car at this level,” 2016 US F4 champion Das said on the official Formula EM website.

The 2019 Formula European Masters season will be kicked off in early May at Hockenheim.